The death of a young Atlantic City police officer has been ruled a suicide.
Richard Link, 29, “was the most ambitious, dedicated and humble cop that I’ve ever seen,” friend and co-worker Detective Eric Evans said in a GoFundMe set up to help.
Link was found in his car Saturday in Galloway Township.
An autopsy conducted by the Southern Regional Medical Examiner Office determined Link’s manner of death to be suicide caused by a gunshot wound, according to information released by the Atlantic City Police Department on Tuesday.
Suicide rates have increased over the last 20 years in nearly every state in the country, according to the Centers for Disease Control and Prevention.
Blue H.E.L.P., an organization that compiles a list of law enforcement officers lost to suicide, reported a significant increase in suicides by officers from 2018 to 2019.
“It’s never easy for cops to ask for help, particularly in today’s climate but we are only as strong as each other,” PBA President Matt Rogers said. “They have the PBA, the chaplains, their supervisors and new state resiliency programs. But the first step might just be the man or woman sitting next to them in a police car.”
But if Badge 951 was struggling, it wasn’t apparent to those he worked with.
“You could always count on Link bringing a smile to your face,” Evans wrote. “The most upbeat guy, and always happy to be at work.”
Link began his career in 2016, as a Special Law Enforcement Class II.
But co-workers say he was intent on becoming a full-time officer. He met his goal last year.
After the May 31 riots and looting, he was assigned to the special unit tasked to identify those responsible.
He pored over hours and hours of footage, which earned him “tremendous praise for his work ethic and dedication from his supervisors and peers,” Chief Henry White said.
That work helped in charges against 95 people.
“Anytime I walked by your desk in the VICE office, I never saw you taking a break,” Evans wrote. “I’ve never met anyone that enjoys watching hours of footage like you.”
Link was a described as dedicated to his family, especially his twin nephews.
“The only people that know what you’ve been exposed to at work are your co-workers, very few other people understand what the job takes,” Evans wrote in the GoFundMe. “We should always be checking on each other. You truly never know what someone is going through.”
More is being done in New Jersey to connect those officers or their families that need assistance with the appropriate resources.
In 2019, the New Jersey Attorney General’s Office issued a new directive promoting law enforcement resiliency. The program is aimed at reducing the emotional and mental toll that can build over time leading to unwanted stress or health issues. These issues could potentially lead someone to thoughts of suicide.
The directive required the appointment of at least one Resiliency Program Officer. Atlantic City’s department has three officers to fill this role.
The Resiliency Program goes along with established organizations such as Cop2Cop, a confidential helpline that helps first responders and their families deal with stress or behavioral issues.
For anyone that needs assistance, or knows someone that needs assistance, please call Cop2Cop at 866-COP-2COP (866-267-2267) or the National Suicide Prevention Lifeline at 1-800-273-8255 or text TALK to 741741.
In addition to the GoFundMe, a fundraiser is set for 4 to 8 p.m. Wednesday at the Wonder Bar to support Link’s loved ones.
Tickets are $25.
Fellow officers organized the event “quickly to assist the family at this tragic time and were helped out by our local businesses,” Rogers said. 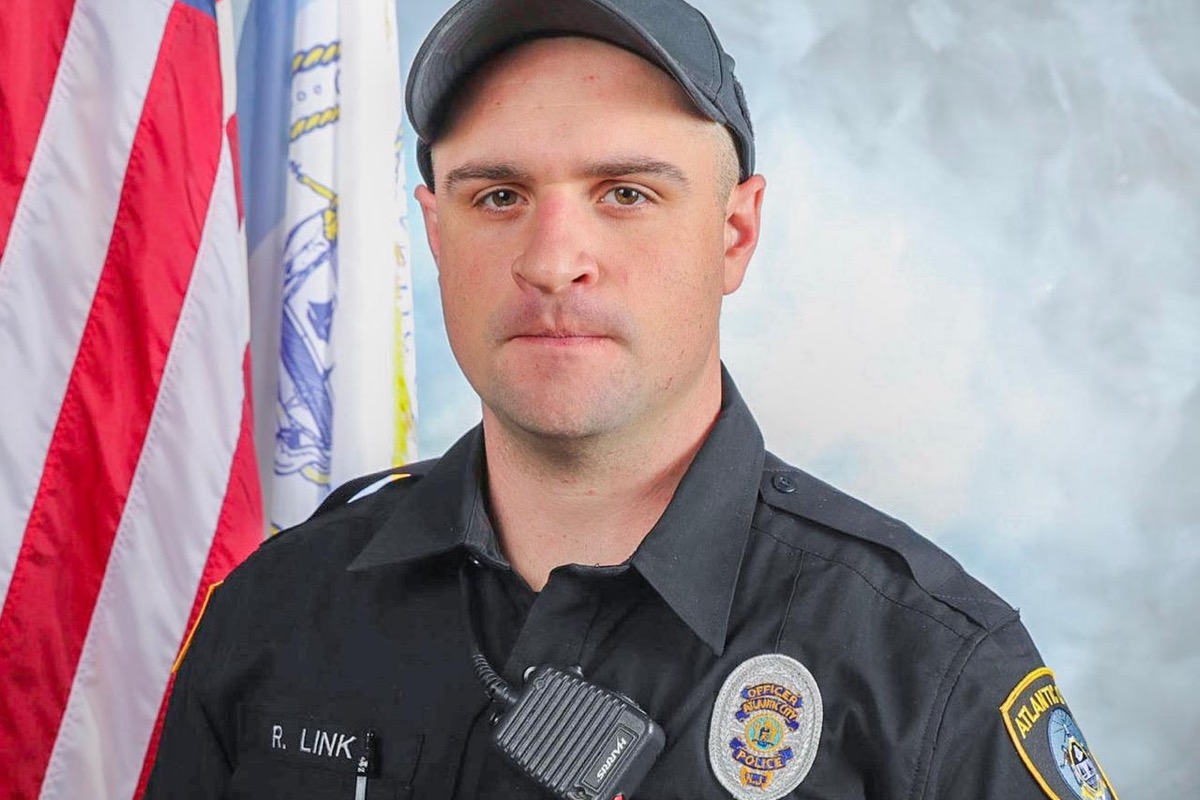 Atlantic City police mourn officer found dead in car
Atlantic City police are in mourning after the unexpected death of a young officer who the chief described as a “bright, rising star.”Officer Richard Link, 29, of Brigantine, was found dead Saturday in his car in Galloway Township.The cause of death was not released. But it is not suspicious and drugs were not involved.Link joined … Read more