A look back at the trial of Ferdinand Augello

Closing arguments will be heard in the case against Ferdinand “Freddy” Augello murder and racketeering trial Friday.
Judge Bernard DeLury will then charge them in the case, with a specific set of instructions decided upon after weeks of revisions and argument from both sides.
Then, the pool of 16 that have sat through two full weeks of testimony will be cut to the 12 who will decide Augello’s fate.
Did he lead a drug ring with Dr. James Kauffman? Did he help plan the killing of Kauffman’s wife, beloved veterans advocate April Kauffman? Did he plan to kill his allegedly former partner in the Atlantic County Justice Facility?
It’s never certain how long a jury will take to decide.
Until then, here is a look back at the trial.

“It’s going down,” Andrew Glick says in one recorded conversation with Ferdinand Augello. He is talking, according to his testimony, about the killing of Dr. James Kauffman inside the Atlantic County Justice Facility. The two were worried that the doctor would “flip” on them since his June 13, 2016, arrest after he brandished a gun … Read more

Dr. Kauffman was not in real danger in Atlantic County jail, informant testifies

There was no threat to Dr. James Kauffman inside the Atlantic County Justice Facility, the stateâs key witness said Friday. Andrew Glick was on the stand less than a half-hour as the defenseâs cross-examination of him wrapped up in the case against Ferdinand Augello. Augello is accused of setting up the May 10, 2012, killing … Read more

“She screamed and he fired two shots,” a witness said the man who killed April Kauffman told him not long after the killing was done. Ferdinand “Freddy” Augelloâs second week of trial began with his former wife and the man who drove the killer to the Kauffmans’ home testifying against him. Beverly Augello was the … Read more

April Kauffman thought she finally would get her husband to grant her a divorce, her best friend testified Wednesday. The local veterans advocate had wanted to part with Dr. James Kauffman for some time, Lee Darby and sister-in-law Julia Loftus said. The women took the stand Wednesday in the murder trial of Ferdinand “Freddy” Augello  … Read more

DOCTOR ASKS BILLY GONZALEZ TO CHECK ON HIS WIFE

Billy Gonzalez loved working for April Kauffman, taking care of her birds and doing any jobs she had for him, he testified Tuesday at the trial of the man accused of plotting her murder. Everything Thursday, Gonzalez same to the Linwood home. Usually, “Miss April” would greet him. But not on Thursday, May 10, 2012. … Read more

‘DON’T GET US IN TROUBLE’: DOC’S NURSE PRACTITIONER TESTIFIES

“Don’t get us in trouble,” Dr. James Kauffman’s nurse practitioner told him. Barbara Greenling testified at the trial of Ferdinand Augello on Thursday, talking about the doctor’s involvement in questionable actions, including the compounding creams case that has so far resulted in 20 pleas by those including teachers, firefighters and a doctor. He was never … Read moreJudge rejects Augello defense call for mistrial

The state rested its murder and racketeering case with the person closest to the victim, her only daughter. “My mother was my best friend, my confidant,” Kimberly Pack testified about April Kauffman on Friday. She talked of a woman whose “passion” was helping veterans and who taught her daughter to always leave the house with a smile … Read more 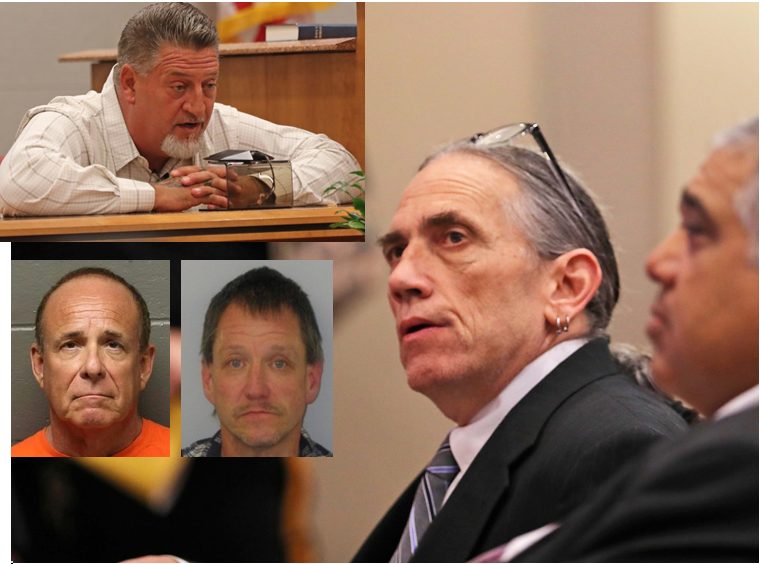 Jurors will hear closing arguments in the murder and racketeering trial of Ferdinand âFreddyâ Augello on Tuesday. But first, the judge had to finalize the instructions theyâll be given before entering deliberations. Final discussions happened Monday, without the jury present. Superior Court Judge Bernard DeLury made changes to the charges that included expanding who could … Read moreAugello guilt or innocence won’t hinge on proving dead man was the killer