A Brigantine man has been left struggling with constant pain and medical expenses after he was lit on fire as he slept on a friend’s couch.
Raymond Mullen, 27, stopped at David Sult’s house in Mays Landing after work March 15, and wound up falling asleep on the man’s couch.
He woke up on fire.
Mullen said he ran outside, and tried patting himself down.
“All of a sudden, the fire got huge,” he said.
Sult and another man, Brandon Perez, had followed him outside, he said.
Mullen said Sult was spraying his back with lighter fluid when Perez grabbed it out of his hand.
“I’ll show you how it’s done, Dave,” Perez said, Mullen told BreakingAC.
About six people watched and did nothing, he said.
“They just stood there,” Mullen said. “Unbelievable. Like it was a show.”
Panicking, Mullen kept trying to pat out the flames. Eventually, he remembered to “stop, drop and roll,” and it worked.
Mullen pulled out his keys to leave, but Sult ripped them out of his hand.
“I said, ‘Let me leave.’ I was begging them,” he recalled.
It wasn’t until he threatened to call police that Sult threw the keys at him.
He dove from the home on Cologne Avenue in Mays Landing to his mother’s home in Brigantine.
Mullen still isn’t sure how he made it there.
Perez, 23, who lives in Hammonton, was arrested March 25. Sult, 24, was arrested April 1.
Both are charged with aggravated assault, aggravated arson and conspiracy. They were freed after separate detention hearings..

Mullen is still shocked about what happened, especially at the hands of someone he had been friends with for more than a year.
“That’s why the whole thing is like crazy,” he said. “I never even argued with him once. I always thought he was a good friend of mine.”
After surgeries, skin grafts and at least two infections, Mullen is still unable to work or be on his own. His mother, Debra Mullen, is staying home to care for him.
Without insurance or an income, he started a GoFundMe page to help with expenses.
“I don’t wish this on anyone,” he said.
A motorcycle and dirt bike rider, he said he’s broken three dozen bones over the years and had injuries, but nothing compares to the burns.
“I can’t get the pain to go away,” he said. “It’s nonstop. It’s horrible.” 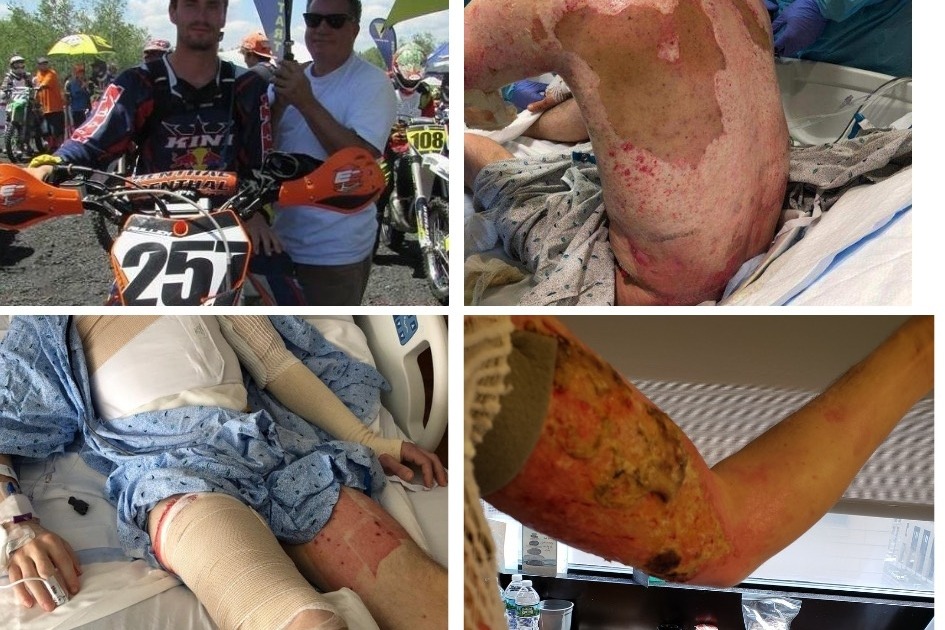 Click here to support Raymond Mullen GoFundMe
Raymond Mullen, a 27-year-old resident of Brigantine, was the victim of a horrific violent attack. … CLICK TO HELP

Scroll back to top