‘He was my best friend and he saved my life’

Ventnor drowning victim remembered as hero by the friends he rescued

A New York teen who drowned Friday rescuing friends from a rip current in Ventnor was remembered as a caring person who sacrificed himself.
Jalan Alston, 18, disappeared after struggling in the water off Oxford Avenue in Ventnor.
His body was found the next day near Albany Avenue in Atlantic City.
“He was my best friend and he saved my life,” Jayda Smith, 17, wrote in a story she asked her mother to share on Facebook. “His story deserves to be heard across the nation.”
Sierra Williams, 18, remembered picking Jalan up in Brooklyn, where he lived, around 10 that morning.
The plan was for them to drive to Jayda’s family home in Ventnor.
It was Sierra’s first time meeting Jalan in person, but she said the three-hour ride to meet Jayda rushed by as the two shared stories and laughter. They stopped for a bite and even fed a seagull with one leg.
“It felt like we were best friends and had known each other for years,” she said.
He talked about his parents, how his dad always said “you get that from me,” of his physical features and about how his other “was the coolest mom in the world.”
“My heart is with his parents,” Sierra said. “I wish I could have kept my promise to bring him home safe. And for that, I will be eternally sorry.”
They went bike riding and after walking on the water’s edge, they decided they would come back in their bathing suits to enjoy the ocean.
The waves were calm when Jalan, Jayda and Sierra were first in the water.
As the waves intensified, they decided to get out, she said. But then a rip current caught them.
“One second we were all standing and the next, the wave hit and threw us around,” Sierra said. “Jayda had gone under nad was struggling.”
Jayda said Jalan and grabbed her by the arm.
Noticing the current was now pulling him, she said Jalan pushed her over the wave, switching spots with her.
That’s when a wave pulled Jalan farther out.
“He just said to me, ‘I can’t swim. I can’t touch the bottom. Help,” Sierra recalled.
Sierra said she kept trying to pull him up but the tide had him.
At one point, she went under but once back above water, she tried for Jalan again.
The water was getting worse, and her legs were giving out. Jalan saw her struggling.
Sierra’s words tell the full story.

“I tried to grab him again but he pushed me hands away from him and just looked me dead In the eyes. And I knew what he wanted me to do but I couldn’t and as I reached for him for the last time he grabbed my wrist, squeezed it hard and looked at me and shook his head. He used the last of his energy to push me over the big wave. And it pulled me to a spot I could touch the bottom. And I turned and he looked at me. I could tell he was terrified. I looked and told him to calm himself and try to float but right then a wave took him under and I screamed for him. Over and over and he never came back up. I looked every where and saw nothing but huge waves. I screamed not sure what for but I screamed for help. Turned around and ran to the beach to get someone.”

Jalan’s older brother, Mark, said his brother died as he lived.
“My brother is best described as strong and selfless,” Mark said. “He was pure love and will always be remembered for his positive impacts, due to the fact that I don’t have any negative ones.”
Jayda and Sierra also have something positive to hold on to in the midst of this tragedy.
On the way to the beach, Jalan pointed out a drawing that said, “After every storm there is a beautiful rainbow.”
When the three got to the beach, there was a double rainbow. Jalan made sure they got a picture.

“The rainbow ended right where we got in the water,” Sierra said.
During the search, Jayda said, “I walked out of the lifeguard hut and looked out at the ocean, there was a rainbow blaring bright in the darkest sky, going straight up.”
Sierra saw three more rainbow: one right before she left, one above Brooklyn, and one right above her own home.
“You sent those for me to let me know you were OK and that you were with us,” she said. “And you sent one to Jayda and your family too. I will never forget that ‘after every storm there is a beautiful rainbow.'”
Jayda said she told Jalan a few months ago that her greatest fear was drowning.
“He did everything he could to make sure that wouldn’t happen to me,” she wrote. “Everyone across the country needs to know who he is and how dangerous these currents are. We didn’t know how bad they were until it was too late.”
Jayda has started a GoFundMe to help Jalan’s parents with expenses. 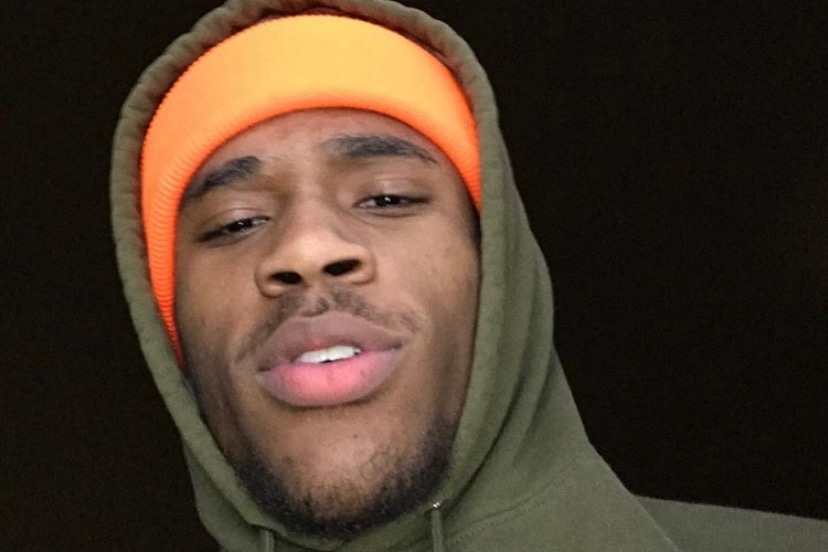 Body of missing Ventnor swimmer recovered
The body of an 18-year-old New York man apparently who went missing Friday in water off Ventnor has been recovered.The man saved at least one friend from the ocean before disappearing in the water himself, Ventnor Police Chief Doug Biagi said Saturday.He was identified by family as Jalan Alston.“Let it be known my brother was … Read more
PrevPreviousShooting wounds one on Atlantic City Expressway
NextFatal crash on Atlantic City ExpresswayNext